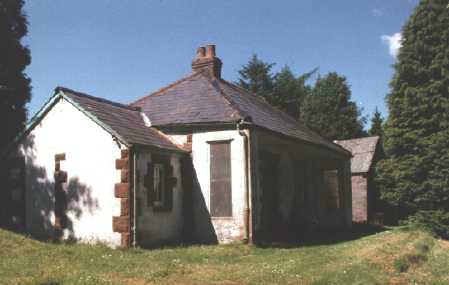 Brendon Station in 1997 (closed 1910).
This station was near the top of the incline from the lower section of line that ran to Watchet harbour.
SW of the building there were sidings, and at the time of the visit it was possible to walk in the depressions left by the sleepers
which had apparently been left to rot. 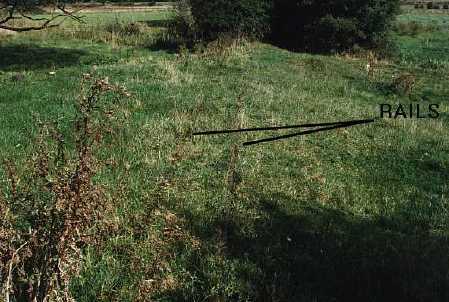 The Adams Farm Tramway was a handworked line
which carried coal to a pumping station
About 200 yards of track was still in situ in 1999,
although the line was last used in 1950. (18"/46cm gauge ) 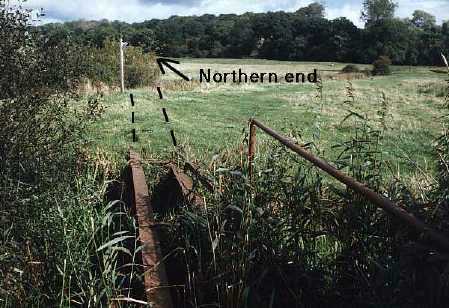 One of the remaining bridges.
The line has been lifted beyond here, apart from a few sleepers
in the field behind the signpost, past the removed third bridge.
The girders forming the bridges appear to be second-hand. 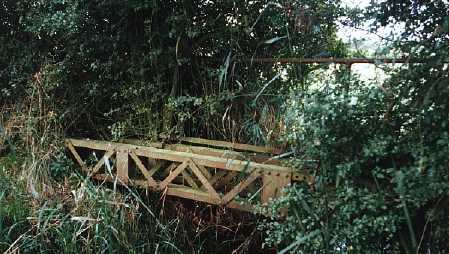 The other remaining bridge
near the pumping station end of the line.

On the aerial view below, the tramway ran from SW to NE.
The diagonal hedge is where the pictures were taken,
and the tramway continued towards Adam's Farm at top right.

and Kent...
Remains of the Chattenden & Upnor Railway:

This was a 2' 6" gauge line used to carry armaments to a depot.
Some rolling stock went to the Welshpool & Llanfair Railway.